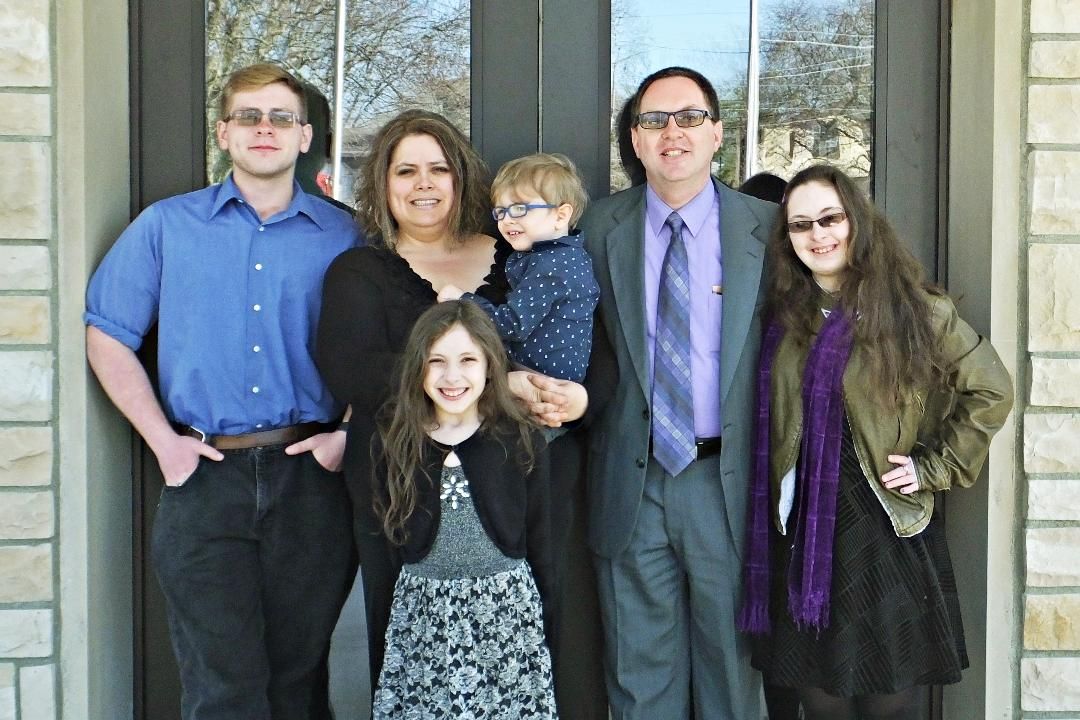 Bryan grew up in a Christian home in a farming community outside of Sunbury, Ohio. He was saved and baptized at a young age. In the small, rural church he was raised, Bryan had many opportunities to preach God's Word beginning at age 14.

After graduating from Big Walnut High School, he began his college studies at Otterbein College (now Otterbein University). In the summer of 1991, Bryan was called into the ministry while serving on a summer work missions team in Guatemala. After completing his degree in Spanish at Otterbein College, he began taking courses by correspondence through Liberty University. In May of 1993, the Lord opened the door of opportunity for Bryan to begin pastoring full-time at Maple Avenue Christian Union Church in Newark, Ohio. He started pastoring a couple weeks before his 23rd birthday. On February 19, 1994, he married his beautiful wife and best friend Lisa. In December 1999, Bryan began pastoring the First Christian Union Church of Newark, Ohio. Also, in 2000 he transferred his credits from Liberty University to Tyndale Theological Seminary. In July 2003 until February 2018, he was the pastor of New Covenant Community Church outside of Johnstown, Ohio. In September 2017, Bryan received his Masters of Arts in Bible and Theology from Tyndale Seminary in Hurst, Texas.

The Lord has blessed Bryan and Lisa with five children: Noah, Rachel, Josiah, Lydia and Ezra.

A Bible passage that has meant much in Bryan's life is Proverbs 3:5-6, "Trust in the Lord with all your heart and lean not on your own understanding, but in all your ways acknowledge Him, and He shall direct your paths."
Bruce Samson, Music Minister
​
Bruce has served as the Music Director at First Baptist Church of Westerville since 2008. His love for the Lord and music began at an early age in Fairborn, Ohio, when his family’s new neighbors invited them to University Baptist Church in nearby Beavercreek. It was there that he later surrendered his life to the Lord Jesus Christ.

After moving to Westerville in 1983, Bruce and his family found First Baptist Church of Westerville, and joined not too long afterwards. He briefly attended Otterbein University, and then met the love of his life Cathy, and the two were wed at this very church in 1985. They have four adult children plus four wonderful granddaughters (and counting!)

Bruce believes that music is an integral part of worshipping the Lord that transcends our daily lives. It takes us to a place where we can refresh our spirits and find rest for our souls. That is why the Apostle Paul encourages us in Ephesians Chapter 5 to teach and admonish one another with psalms, hymns and spiritual songs. It reminds us of God’s goodness and causes us to be the thankful people He has created us to be.